Greece is known for its sandy beaches and blue waters, but if you want to have an entirely different and unique experience in this country, Meteora might be for you. Go off the beaten path to Central Greece and look up towards the sky – you might need a moment to catch your breath. 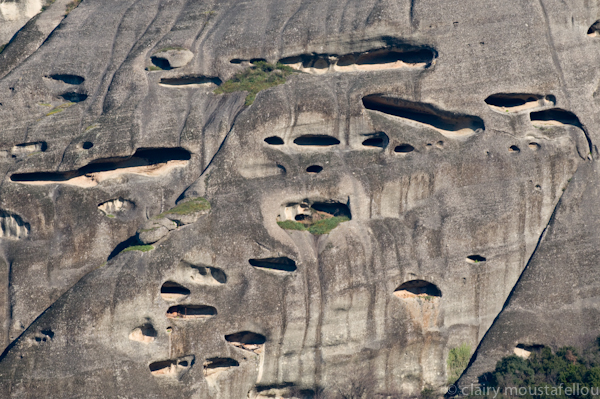 The sheer height of the rock pillars which make up Meteora are sure to leave you speechless. But! Keep studying them, you’ll notice the picturesque stone paved monasteries which dot the peaks. Sunbeams filter through the cliffs and make them glow as you appreciate their natural beauty. 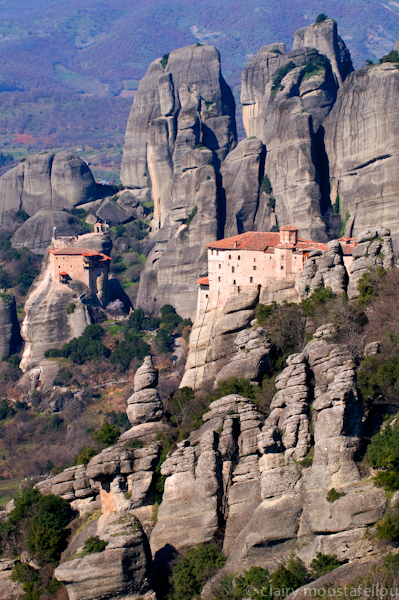 When dreaming of a winter getaway, Greece may not be the first place on your list. Meteora can change that. This unique destination is great any time of year and can be just what the doctor ordered: a cure for the winter blues!

“Meteora” directly translates to “floating” or “suspended”, a reference to the rock formations which reach thousands of feet into the air. Stay in the villages of Kalambaka or Kastraki, both nestled under the stunning Meteora. Wake up and take a step outside onto your balcony to watch the morning mist settle around the cliffs, creating a mystical atmosphere.

Meteora is a place for the culture buff. Ancient history, artifacts and religious arts are are what awaits you. Explore one of the six monasteries, the oldest of which can be traced back to the 14th century! Wall paintings and relics are housed in these impressive buildings. As the largest archaeological site in Greece by area, you definitely won’t want for things to do while you’re there. 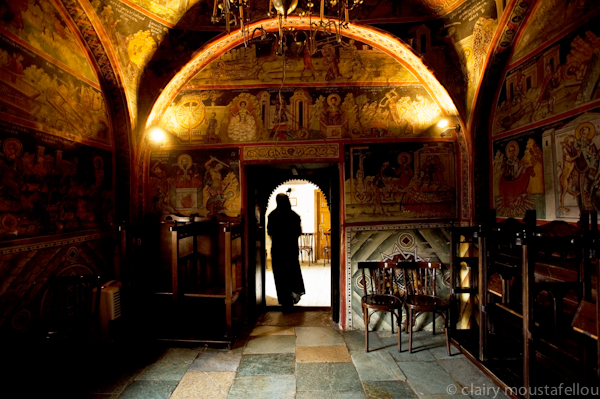 Local Tip:  Hike through the abandoned monasteries of Meteora which are entirely hidden from the road, only accessible on foot.

Central Greece is known for its delicious meat, and whilst local game is readily available, Meteora is particularly renowned for its mushrooms. From farm to table, the mushrooms at Meteora are treated delicately, making them truly like no other. Locally harvested truffle pairs perfectly with wine from nearby Theopetra vineyard – a common offering at nearby ‘tavernas’.

Whatever you choose to do at Meteora, it is sure to leave a lasting impression. Photos from your event are sure to get people asking where you found such a magical and one-of-a-kind backdrop!

This website uses cookies to improve your experience while you navigate through the website. Out of these, the cookies that are categorized as necessary are stored on your browser as they are essential for the working of basic functionalities of the website. We also use third-party cookies that help us analyze and understand how you use this website. These cookies will be stored in your browser only with your consent. You also have the option to opt-out of these cookies. But opting out of some of these cookies may affect your browsing experience.
Necessary Always Enabled
Necessary cookies are absolutely essential for the website to function properly. These cookies ensure basic functionalities and security features of the website, anonymously.
Functional
Functional cookies help to perform certain functionalities like sharing the content of the website on social media platforms, collect feedbacks, and other third-party features.
Performance
Performance cookies are used to understand and analyze the key performance indexes of the website which helps in delivering a better user experience for the visitors.
Analytics
Analytical cookies are used to understand how visitors interact with the website. These cookies help provide information on metrics the number of visitors, bounce rate, traffic source, etc.
Advertisement
Advertisement cookies are used to provide visitors with relevant ads and marketing campaigns. These cookies track visitors across websites and collect information to provide customized ads.
Others
Other uncategorized cookies are those that are being analyzed and have not been classified into a category as yet.
SAVE & ACCEPT
Powered by